Microsoft announced this year another update, which started rolling out from April 11th 2017. This big update is called the "Creators Update" and is the first major update since last August's "Anniversary Update"

I quite often get asked to setup users new laptop or PC and part of my service is to offer a migration service moving over the data and programs from the old computer to the new one.

Whilst the data eg files can simply be copied over, generally speaking the programs eg Anti Virus, Microsoft Office, Email and iTunes etc need reinstalling from scratch and then configuring correctly. iTunes in particular can hold hundreds of albums and thousands of tracks and customers are wanting this on their new computer. 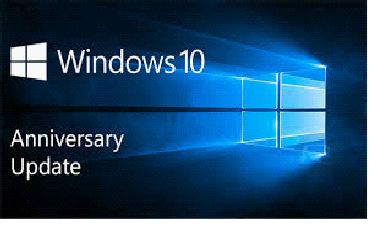 It has been a mad busy month, so busy that we have not had time to do a full news page for August. We have taken on some more local businesses and the work has been from setting up NAS boxes to setting up CCTV IP camera system and upgrading a Windows SBS server. 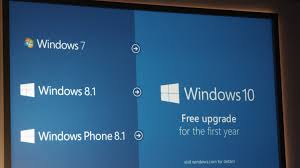 July 29th is the last day you can upgrade a Windows 7 or 8 computer to Windows 10. For these users the upgrade flag at the bottom right of the screen now has an exclamation symbol on it. If this is clicked on an upgrade message appears with a count down clock showing how long you have left to upgrade.

So if you want Windows 10, don't leave it until the last day (this Friday) as i suspect the Microsoft site will be busy with last minute upgrades!